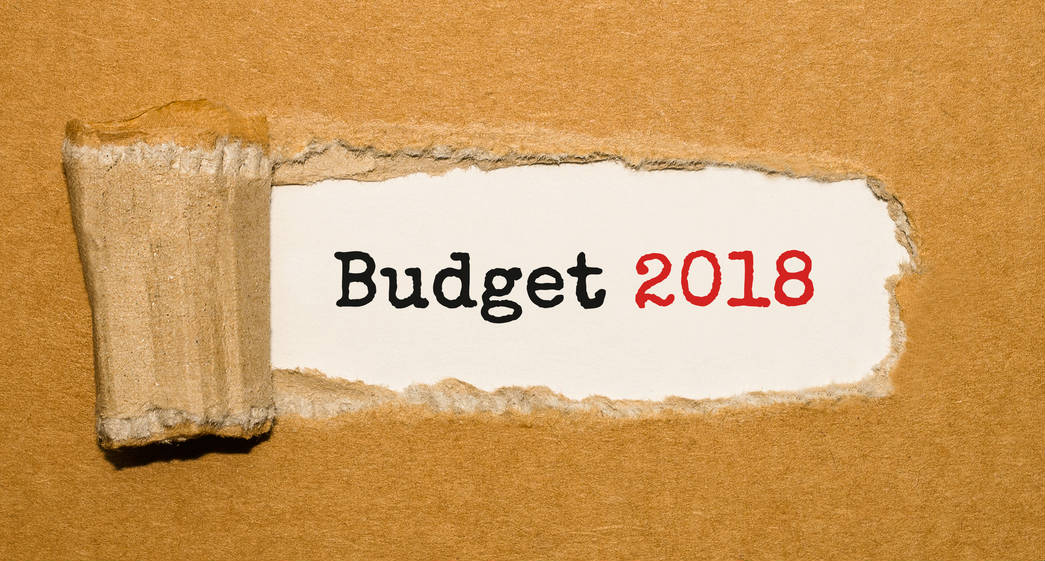 The Chancellor, Philip Hammond, supported the Prime Minister Teresa May’s statement made at the recent party conference when he said: “this Budget paves the way for a brighter future” and “the era of austerity is finally coming to an end”.

Whilst today’s announcement is heralded as the UK Budget, certain measures, especially in the area of personal Income Tax, relate to England, Wales and Northern Ireland only. The Scottish Government set these rates and thresholds and will announce the Scottish Budget on 12th December 2018.

As is traditional in the Budget speech the Chancellor’s duty is to outline the state of the UK economy. To achieve this the Chancellor defers to the Office of Budget Responsibility who produce regular reports on the past and predicted performance of the economy. The Office of Budget Responsibility’s latest economic and fiscal outlook can be found here.

The report upgrades growth this year from 1.3% to1.6% and for future years, between now and 2023, hovers around this same figure. It also reports that 3.3 million more people are in work than there were at 2010 and that wage growth is at its highest level it has been in a decade.

Public borrowing is forecast to fall but the report doesn’t indicate that borrowing will reach zero.  This means the country will continue to borrow for the foreseeable future.

This Government had promised to increase by 2020:

In England, Wales and Northern Ireland, these changes will take place in April 2019, one year early. However, in Scotland, the Scottish Government is responsible for setting Income Tax Rates and Allowances and the increase in the higher rate allowance announced last year wasn’t passed on to Scottish Tax payers in last year’s Budget. The Scottish Government also introduced additional tax levels and rates. We will have to wait until the Scottish Budget on 12 December 2018 to find out how much, if any, of the new allowances will be passed on to tax payers in Scotland.

The Chancellor also announced that the National Living Wage will increase from £7.83 per hour to £8.21 per hour from April 2018. He claimed this would mean a pay increase of £690 for a worker in full-time employment.

There was some acknowledgement that there are issues with Universal Credit with the Chancellor announcing a package of measures amounting to £1 billion to help with the transition to this benefit and to enable additional protections to be provided. He also announced an increase in the work allowance by £1,000 benefitting 2.4 million working families with children and people with disabilities by £630 per annum.

The Chancellor addressed the duty paid on a number of consumer items:

For those of us who like to travel, the Chancellor announced no change to Air Passenger Duty for domestic and short-haul but that long-haul would be subject to inflationary increases from 2020.

There are a number of measures relating to business and the digital economy.

The Chancellor specifically mentioned the VAT threshold below which small businesses do not have to register. It had been predicted that this would be reduced from the current level of £85,000 of annual turnover after which businesses must register. However, the Chancellor said that there would be no change to that level for at least the next two years.

The apprentice levy for small businesses is to be cut from 10% to 5%. This will mean that the government will pay 95% of apprentice training costs.

A new digital services tax will be introduced in 2020 aimed at global digital companies (such as Google, Apple, Facebook and the like) with companies generating a global turnover of more than £500 million being targeted.

For the next two years, investment allowance will be increased from £200,000 to £1 million. Also, from October 2018, businesses will be able to deduct 2% of the cost of any new non-residential structures and buildings off their profits before they pay tax.

Rate-paying businesses in England will benefit from a package of measures announced by the Chancellor. This does not apply to Scotland which has its own rating arrangements.

Investment in the Public Sector

The Chancellor announced a number of measures that are specific to the Public Sector, mostly in England, with announcements of investments in Health, Education and Local Authorities.

There were also announcements in Defence spending as well as additional money available to government departments to help with Brexit preparations.

The Treasury has a website dedicated to the Budget and you can view that here. All of the documents supporting the announcement can be found here. Finally, there’s a useful snapshot entitled “Budget 2018: 24 things you need to know” and you can find that by clicking here.

Keep Up To Date

To stay informed about the latest news and legal updates from Clark Boyle click here to sign up to our newsletter.